The Marchesa Estate: our history

In the mid-1500s an important building with a series of arches, the “Sacca Farmhouse” marks the beginning of our history, it is surrounded by vineyards and cultivated land and also serves as a shelter for pilgrims who travel along the new branch of the Via Francigena which connects the plain to the Genoa harbor.

After a century the same property changes its name, becomes the Saula farmhouse, in honor of the Marquises Sauli, the new owners not only of the farmhouse but also of the surrounding lands including those that today are part of the La Marchesa wine estate.

The Novi Ligure branch of the Marquis Sauli dies out at the end of 1700 with 3 daughters, two are intended for important weddings, one, named Maria, is, as usual, placed in a convent but absolutely does not want to be the new nun of Monza, he gets out of the convent and manages the family lands including those of the Marchesa.

The history of the Sauli is connected with that of another family, the Corte, who became noble in XVI century, at the time of Lodovico il Moro, forced to flee from Milan, settle in the duchy and a branch comes to live in Novi Ligure, Giacomo Corte at the end of 1700 asks permission to build the chapel of the guardian angels to the Marchesa to replace the chapel of the Saula too small and far to ensure the salvation of the soul of the peasants !!. The name of the chapel is the same as that of the Corte family chapel next to the high altar of the Cathedral of Novi Ligure.

The Marchesa’s villa has already been built but the bond between Giacomo Corte and Maria Sauli is still to be discovered !!

Since history occasionally creates curious coincidences an ancestor of the current owners of the Estate, Bartolomeo Giulini d’Arola, dying young in 1738, leaves a large heritage that also includes 10,000 gold lire lent by the guardians of his minor children to the Marquis Siro Corte di Pavia, it is certainly suggestive to think that with that sum the Marquis Corte bought the estate the Marchesa then passed to their heirs !!

Hard times arrive, Napoleon, victorious in Marengo in 1800, perhaps spends the night at the Marchesa, the great families suffer enormous losses and it is no coincidence that Giacomo Corte, on his death in 1814, leaves only debts so much that the Marchesa is sold to the auction and purchased by the Pavese, the most important family in the area, active in the silk trade as evidenced by the mulberry trees still present at the Marchesa and by the memory of the trellis on which the silkworms are raised.

By and at the end of the 1800s the Raggio D’Azeglio family bought La Marchesa and Saula, making them part of a 4500 acres estate that included the entire Gavi area.

Since the 80s of the past century, the Marchesa with the Giulini has rediscovered its ancient splendour with the same lands of 1750  (187 acres), the villa listed as a national monument with extraordinary 18th century art collections, the chapel, the lemon house which has become a museum of wine, the Italian garden, the fruit and aromatic herb garden, the lake water garden with alternating blooms up to the spectacular lotus flower.

The ancient “Cascina Saula” has become the Tenuta La Marchesa farmhouse, preserving on the facade the traces of the ancient arches  that are still evident in the Monferrato room, once an open porch. In addition to the two restaurant rooms, the farmhouse has 12 rooms with bathroom and swimming pool. Peace and silence guaranteed for an ideal holiday or even for a business stay in smart working.

La Marchesa today produces 300,000 bottles of wine annually, including Gavi, Monferrato and Albarossa, with grapes coming exclusively from proprietary vineyards and with production techniques that guarantee, according to the strategy of sustainable winegrowing, a very low content of sulphites, equal to less than half the quantities permitted by law. 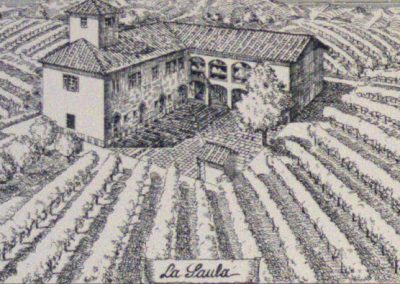 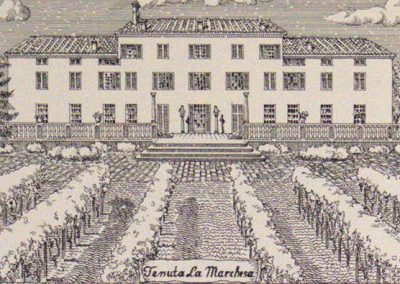 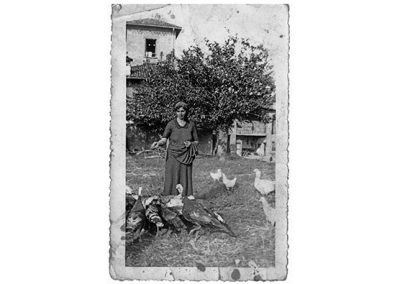 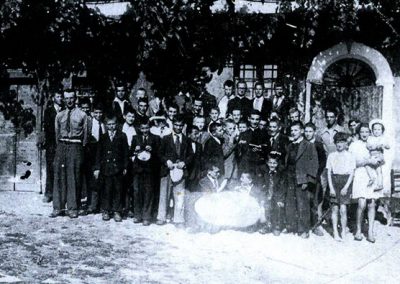 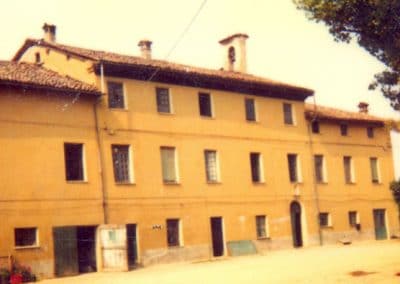 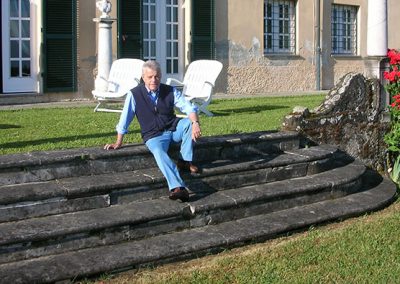