Oratory of Maddalena in Novi Ligure 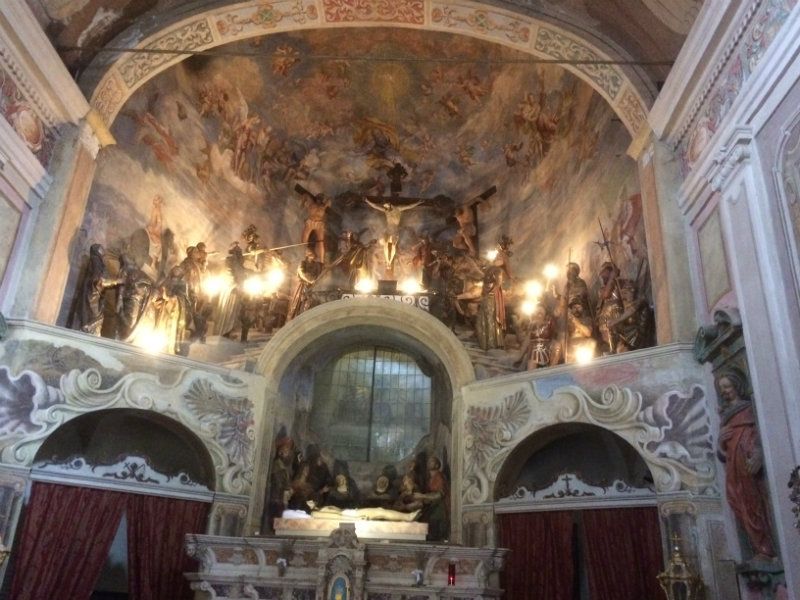 The confraternity of Saint Mary Magdalene

The confraternity of Saint Mary Magdalene with her oratory in the homonymous basilica of Novi Ligure is one of the main confraternities of Piedmont; its origins date back to the early 1600s when it takes the name of Confraternita di Santa Maria Maddalena and of the Santissimo Crocefisso to underline the practices of devotion to which the confreres are still dedicated with a large following by the entire population.

The basilica of Maddalena

The basilica of Maddalena in a secluded little square away from the traffic the church has as a unique decoration of a simple façade the statue of Mary Magdalene placed in a niche above the portal, together with a plaque reminiscent of the indulgences granted in 1732 by Clement XII Corsini.

As soon as you enter the church it is striking, due to the contrast with the simplicity of the façade, the rich interior with a single nave with side chapels divided from each other by the life-size statues of the twelve apostles in polychrome terracotta of the seventeenth century.
Spectacular at the end of the church is the great ordeal.

Wooden plastic of Novi Ligure of 1750

Preserved in a chapel on the left of the church was built when the walls were still present together with the castle built by the Genoese to defend the last city of the Republic before the Lombard plain. You see the gates of the city and the rest of the silver with which many roofs were covered. 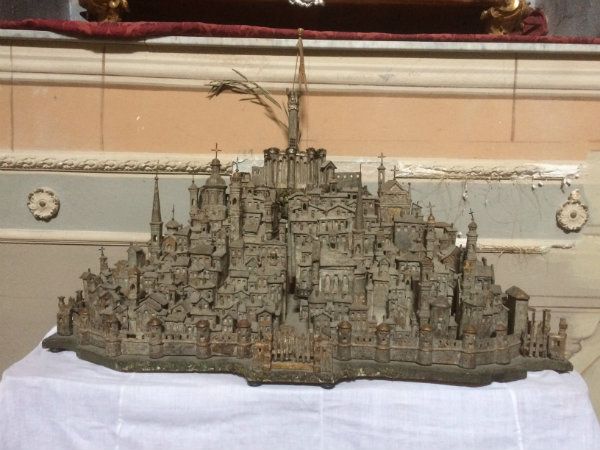 The Calvary of Mary Magdalene

Absolutely extraordinary is the ordeal placed in the church choir, a unique composition created at the end of 1500 by Flemish artists with 21 polychrome wooden figures in natural size as well as two horses with rich trappings. Two groups face each other, on the left the followers of Christ on the right the enemies, the Pharisees, at the end the drama of the crucifixion; a splendid restoration has recovered the original colors without altering the brocade garments worn by women probably the subject of an intervention of great charm of 1700. Originally the body of Christ was lowered with ropes from the cross to the altar under the ordeal to be deposed in front of the still existing terracotta group representing the lament on Christ’s corpse. 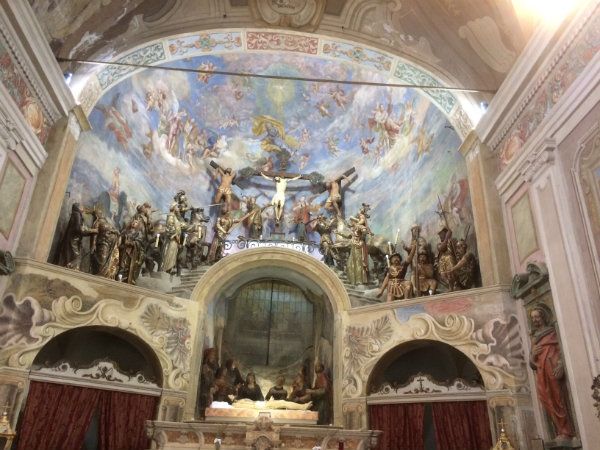 The statue of Mary Magdalene

Normally placed in the last altar on the right the statue of Mary Magdalene is brought down from the altar every year and placed on a wheeled cart to be carried in procession the day  July 22 : the statue is probably by Anton Maria Maragliano (1664- 1739) the greatest Genoese wooden sculptor or his school. Of the same hand is the crucifix, to which the confraternity is named, mounted on a cross carved in an extraordinary way. 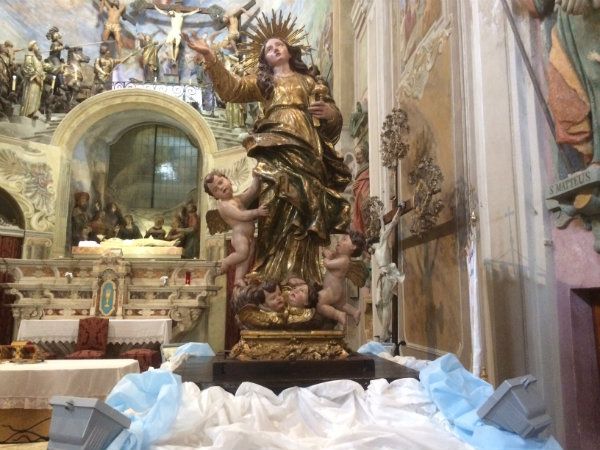 The church is open every Saturday at 6 pm for mass; it is possible to organize weddings in the church of La Maddalena with a subsequent reception at Tenuta La Marchesa