3 Reasons to spend Christmas in an Agritourism in Monferrato 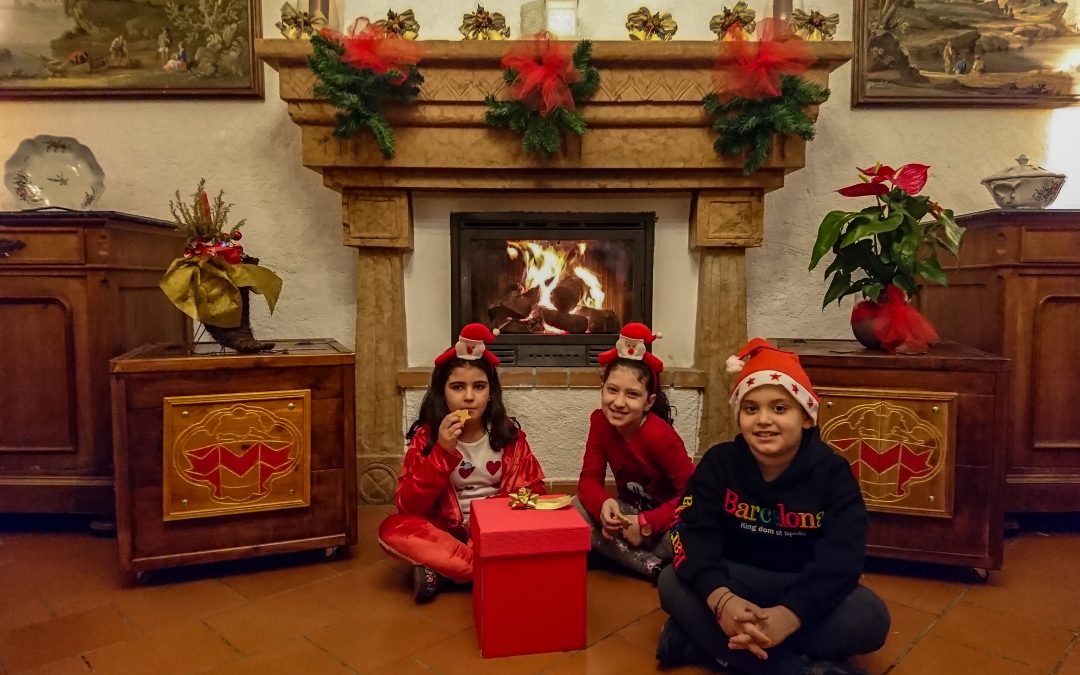 If you have not yet decided where to spend the Christmas holidays, with this article we will explain what Christmas represents. We suggest you 3 reasons to spend Christmas in an agritourism in Monferrato, Gavi area.

Why Christmas in Monferrato?

The Monferrato, in Piedmont, is on the border between Lombardy, Liguria and Piacenza. Tenuta la Marchesa is in the middle of the motorway junction and is therefore very easy to reach from multiple destinations. 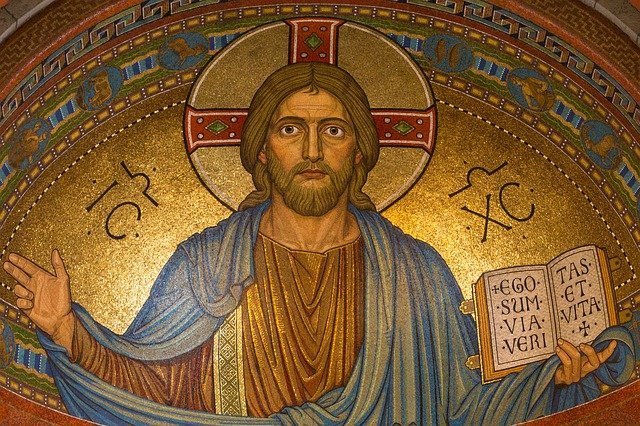 The origins of the Christmas hollyday

In 312 D.C. the emperor Constantine, before the battle against his rival Maxentius, dreamed of winning by adding Cross sigh sign on his flags. After the victory, in the streets of Rome, he made an agreement with the emperor of the Orient “Licinius”, and in 313 D.C the edict of Milan was issued. With it the persecutions of Christians was brought to an end.

Becoming the only Roman emperor, Constantine instituted the Christmas feast, which was celebrated for the first time in Rome on December 25, 336 AD. The feast was linked with the pagan festival dedicated to the Sun God. It’s aim was to replace a pagan tradition with the day of Christ birth. Gesus as new sun of the world.

There are actually no gospels that gives the exact the day of the birth of Christ. It is although presumed to have been taken place during the winter period.
Initially, the cult of the Sun God, named “Mithras”, had been introduced in Rome by the emperor Heliogabalus in 220 D.C. and had an enormous success. At the same time as the spread of Christianity.
The chosen date also coincides with the festivals for honoring Saturn, god of agriculture. This festivals were celebrated in ancient Rome, from December 17th to 24th, with large banquets and lots of gifts.

Along the centuries, due to the diffusion of Christianity, various traditions has been linked with Christmas.

The Crib. Gospels speaks about the announcement of the angel Gabriel to Mother Mary, of the birth in the manger, of the arrival of the shepherds and the Three Wise Man. Unfortunately, there are no signs of the ox, the donkey and the cave. All these elements will appear later, in the Apocryphal Gospels. The nativity scene, established by St. Francis with the “crib of Greccio“, around 1200 A.D.  merge the traditions of the past and becomes, the most beloved symbol of Christmas. 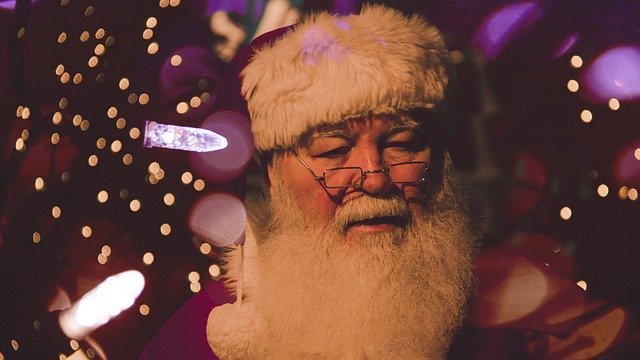 The Christmas tree. The Christmas tree has spread since the 1500s. It is based on a tradition linked to the forests of fir trees in Germany in which the plants are decorated with lights and small gifts. As it was in the ancient Christian’s and pagan’s habits.

Santa Claus. The origin of the figure of Santa Claus is very controversial. It derives from Saint Nicola di Bari, the patron saint of sailors and children. But also from the God Odin, who distributed gifts in German traditions. In the twentieth century, Santa Claus was still dressed in green, but already in some advertisements Especially in Coca-Cola’s advertisements, he appears dressed in red with a white beard.

Gifts. The habit of exchanging gifts starts back during the winter solstice parties where gifts were exchanged to better challenge the winter. The church has never looked favourably on this habit which has remained and is now more solid than ever. 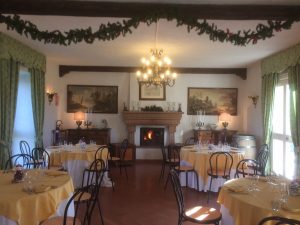 3 reasons to spend Christmas holidays on a farmhouse in Monferrato

Times change and the traditional Christmas, spend at home, for many people becomes a problem, so here are 3 good reasons to spend Christmas holidays on a farmhouse in Piedmont.

First reason: to spend a real party and enjoying the magic of Christmas all together with your  family, without the trouble of cooking and tide and clean up. Let yourself be cuddled by the Marchesa.
Second reason: to have your dinner in a beautiful dinner room with Christmas decorations, a fireplace, meeting perhaps new friends.
Third reason: to escape from the city crowd and find the beauty of nature during winter. With its landscapes that can makes you fell Christmas, among the charm of the hills, perhaps already covered by snow.

Christmas at the Marchesa farmhouse in the area of ​​Gavi, in the Monferrato

For the Christmas holidays we have prepared two very special options. In here you can find our menu for the holydays.

Second option. 3 days in agritourism: 190 euro per person, from the 25th to the 27th. Minimum two people.

For some that wouldn’t miss the holy mass of Christmas the Confratermita della Maddalena, 1 km away from the Tenuta la Marchesa, offer a special Christmas miss. It will be taken in an old private small Church. Holy mass times on 24/12: 5:30 and 23:00 pm. 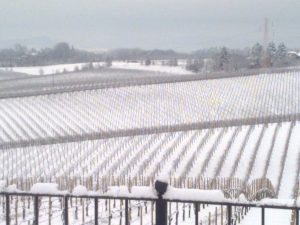 If you have now yet decided where to organize your Christmas business binner, our Agritourism “La Saula” will be happy to have you. During the 15 days before the holydays we are happy to offer you the opportunity to stay in a fascinating dinner country hall, surrounded by vineyards, a warm fireplace, having dinner. We are preparing a nice selection of dishes made using the vegetables that we grow, our fruits, our flour, matched with our wines.

Wine and local products for your Christmas cornucopia

Wine is usually the main character of Christmas cornucopias, and usually the better accepted present. Knowing the addressee tastes is always an hard deal, but with our wine local selection every palate can be satisfied. We are open to make presents made with: red or white wines, sparkling wines, olive oil, cookies, flour and fruit jams. We are able to ship all around Italy and Europe.

If you are interested to have Christmas with us, we will be glad to have you, just fill up the following form.

Business Christmas dinner on a farmhouse  in Monferrato 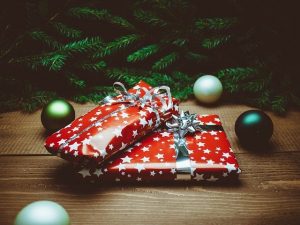 If you have not yet decided where to organize, during the 15 days before Christmas,  your company’s Christmas dinner, the Marchesa farmhouse offers you an unforgettable opportunity: a large, charming, dinner room in the countryside surrounded by vineyards, a lit fireplace, a lunch or dinner not only with  the traditional menu but also with  dishes coming from the products of the our vegetable garden, of our orchard, made with our wheat and accompanied by our fine, low sulphite wines, with the natural scents of native grapes.

Wine and local products for your Christmas cornucopia

Wine is usually the main character of Christmas cornucopias, and usually the better accepted present. Knowing the addressee tastes is always an hard deal, but with our wine local selection every palate can be satisfied. We are open to make presents made with: red or white wines, sparkling wines, olive oil, cookies, flour and fruit jams. We are able to ship all around Italy and Europe.

If you are interested to have Christmas with us, we will be glad to have you, just fill up the following form.